Everyone in Scoil Chill Ruadhain had a wonderful time today at our Proclamation Day. Pupils, teachers and family members gathered for a celebration and commemoration of the 1916 Easter Rising.

We opened the day’s events with the raising of the Irish flag. Two pupils from Junior Infants and Sixth Class raised the flag together while the rest of the school sang our national anthem Amhrán na bhFiann. 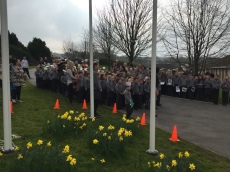 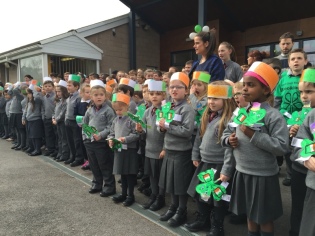 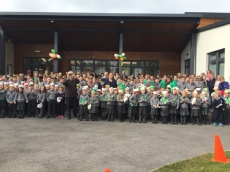 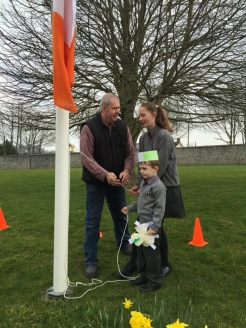 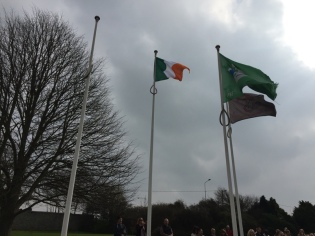 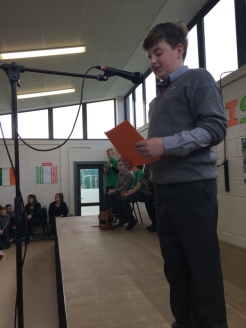 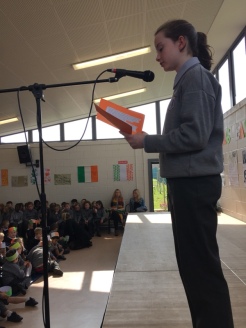 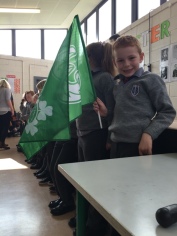 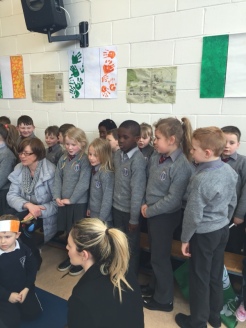 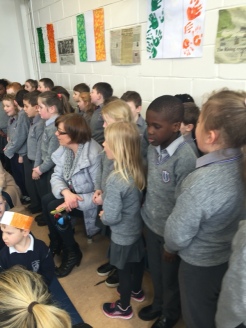 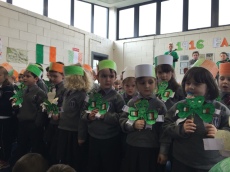 Third Class introduced us to the signatories of the 1916 Proclamation. They also spoke to us about the women of 1916. Fourth Class explained the timeline of the events of the Easter Rising. 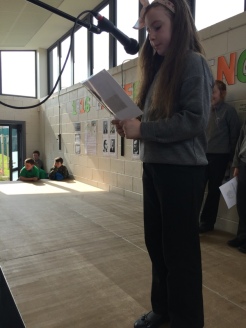 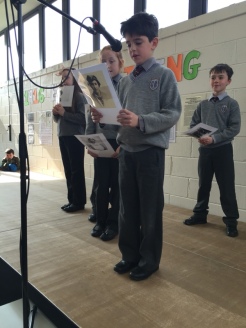 Fifth Class performed a wonderful play about the Easter Rising called A Triumph of Sorts. They also recited Pádraig Pearse’s poem The Mother and acted as compères throughout the ceremony. 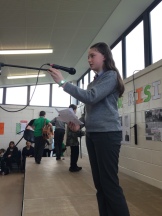 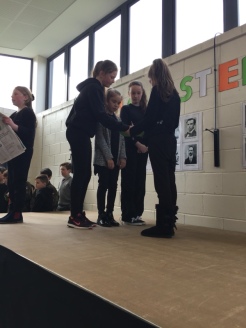 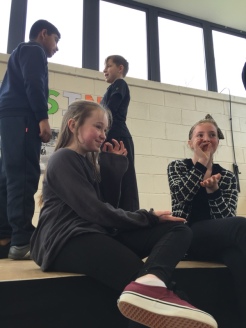 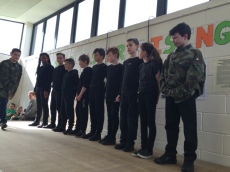 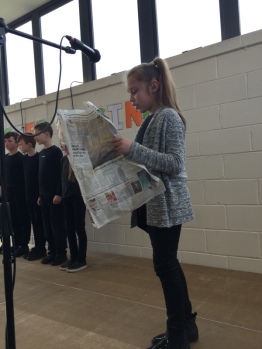 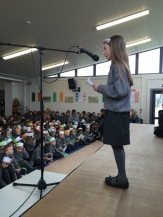 Four boys from Fourth, Fifth and Sixth Classes played and sang a number of beautiful songs throughout today’s events. They performed Óró Sé Do Bheatha Bhaile, The Foggy Dew, The Lonesome Boatman and Meet Me At The Pillar. 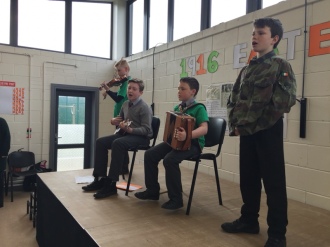 We closed the events with a message from our principal Mrs Hedderman followed by a performance by our school choir. 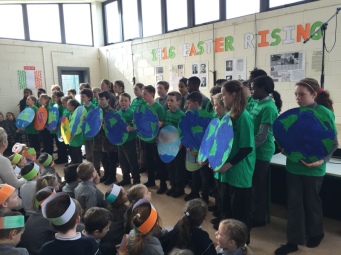 This entry was posted in Uncategorized and tagged 1916 Commemoration, History, School Performances, SESE. Bookmark the permalink.